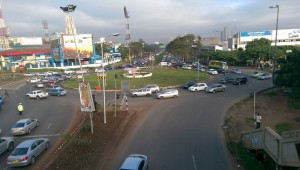 The Kenyan Government is set to increase tax for bodaboda operators in the country, a move that will see the number of motorcycles decrease drastically.

This is bad news for motorcycle operators in the country as the business employs over 1 million youths. The move is also likely to affect several counties which collect taxes from the operators.

The MPs, led government by majority leader Aden Duale, also passed a bill that will impose Sh 10 tax per litre of fruit juices. The move is also expected to affect giant companies like Del Monte, which specialized in making fruit juices.

One of the proposals which got me thinking whether MPs care about the plight of poor Kenyans is the idea of imposing taxes on second hand cars. The legislatures agreed that whoever intends to import second hand car of less than 3 years will pay a tax of Ksh 150,000.

This idea is likely to anger majority of Kenyans who import the affected cars. Statistics show that 90 percent of Kenyans own second hand cars, implying that the tax will affect this group.

The idea of increasing taxes for these products originated from President Uhuru Kenyatta, whose government is struggling to be relevant with the few taxes collected from VAT, PAYE, income tax and customs duty. He is expected to assent the bill into law once he arrives from India.

The government is broke,the only thing that’s keeping it alive are the huge loans that it has acquired from IMF,euro bond and other international lenders.Kenyans should brace themselves for hard times ahead.

Business Which is not Profitable in Nairobi

Business Testimony in Uganda: I started Business of...

How to start to start kinyozi in Kenya

How Made Ksh 3 Million In Kenya in...

How To Apply for NIC Bank Personal Loans....

Mgid Ads Review, How To Join And its...

Best Business to start in Tanzania with small...