The singer arrived Friday night and was received by thousands of fans at Jomo Kenyatta International Airport.

Upon arrival, he went to sleep at expensive hotel alongside his security details. It is believed the singer paid Ksh150,000 per night and is expected to spend at least 3 days at the hotel.

Meanwhile,fans have paid Ksh20,000 for normal tickets and Ksh 50,000 for VIP tickets.Already,we are informed that the tickets have been exploited,meaning that from today no more tickets will be issued.

Below are photos of Chris Brown’s arrival. 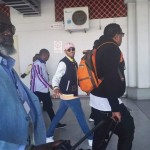 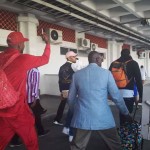 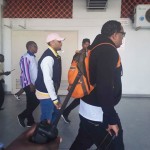 Life is not about for the waiting storm...

How to Get Identity documents in South Africa

If You Slept With This Nigerian Man,Go For...

Top websites hosted by Kinsta and their Alexa...

Most Expensive Soap in the World