Expensive car is a class, only understood by those who know taste. Tanzania has some of the most expensive cars in East Africa, and if you are not aware, there are celebrities who drive vehicles whose market value is above Tsh 200 million.

If you thought Toyota and Mercedes Benz are expensive, here are most expensive cars in Tanzania.

Owned by Zari Hassan, Diamond’s wife, Lamborghini is one of the cars driven onTanzanian roads. The car costs Tsh 400 million but the price can go even higher if it’s customized.

Lamborghini is one of the most expensive cars in the world. Even so, the vehicle is extremely stable and can beat any small car in terms of speed and acceleration.

In Tanzania, there are less than 10 such cars on the road. 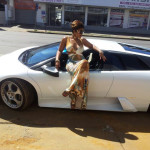 Diamond Platnumz drives a Rolls Royce car, which he acquired at a cost of Tsh 600 million.

The car is listed among the most expensive cars in the world and only owned by less than 25,000 people around the world.

Diamond bought the car from Germany in 2015 after gaining fame and money.

The singer makes at least Tsh 10 million in a day from performances and his recording studio. He is rich enough to own such a car.

A Ferrari has also been spotted in Tanzania on several occasions. The car is out of rich for the poor but only owned by who is who in entertainment circles.

To won a Ferrari, you need at least Tsh 100 million, which is a miracle for most citizens. 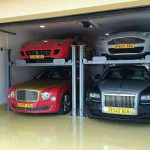 Best and Cheapest Estates to live in Eastlands...

How to start wines and spirits business in...

How to Be a South African Citizen

Bedsitters, single rooms and one bedroom houses to...

MGID vs Content.AD,Which is better?

The best place to get a loan between...

Where to board matatus to, Githurai, Kawangware, Kayole,...

How To Apply For A Mortgage  For a...