Single rooms, bedsitters and one bedroom houses to rent in Rongai Nairobi 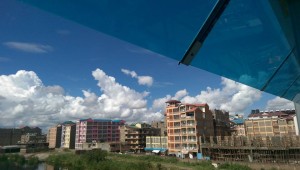 Rongai used to be a Maasai village until earlier 2000 when the community started selling land to Kenyans who were looking for cheap land to buy.

In the year 2000, a quarter acre land was valued at Ksh 20,000 in Rongai and few people were interested to but come 2010 the scramble for the few plots in the expansive area started. Firms which were selling the land hiked the prices when they discovered that many people were desperate for the plots.

In 2015, more than 90 percent of the land in Rongai is taken and flats are erected all over. One advantage of living in Rongai is that rent is very cheap in relation to many estates in Nairobi.However,if you are planning to live in Rongai while you are working in Nairobi town Centre, think twice.

People who operate from Rongai to town daily go through a lot because the traffic along Langata Road is hell. You are forced to wake up at 4 am and by 5 am you must be at the stage waiting for a matatu heading town. Imaging from 5 am, you will arrive in Nairobi central business district at 8 am, which is 4 hours on the road. Another challenge you will face is the fare which the conductors charge. From Ronagi to town is Ksh 70 during off peak hours and Ksh 150,000 when there is serious traffic jam.

The best people to live in Rongai are those who work along Ngong Road,Kenya Wildlife Sevice,Wilson Airport, Langata,AMREF, Bomas of Kenya and Karen shopping Centre. If you work in town, it’s better to have your own vehicle.

There are several supermarkets in Rongai located in the shopping Centre. Schools are in plenty for children. There are also several recreation facilities within the estates.

Business ideeas in Uganda:Best Business to start in Uganda with small capital

All You Need To Know about Bank of...

Best and profitable business to start near universities...

How To Apply For Personal Overdraft At CBA...

Most Profitable companies in Kenya

How to Start Kitchen utensil and equipment business...