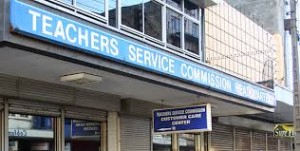 Despite Kenyan teachers wallowing in poverty, the Teachers Service Commission (TSC) has decided to add salt into injury-they will not pay September salaries, they are not even bothered on the outcome.

According to TSC, teachers did not perform their roles in September, therefore not entitled to even a penny. The body has also gone to court to challenge Judge Nelson Abuodha’s ruling requiring TSC to pay the teachers without conditions. According to labour laws-TSC states-no employee should be paid if they didn’t perform their roles as per the contractual agreement.

Following the latest developments, Kenya National Union of Teachers (KNUT) and KUPPET have vowed to officially announce a nationwide strike in January, which they swear will be a mother of all strikes in the history of the Republic of Kenya.

Reports indicate that several teachers have lost their lives while others are depressed because of the delayed pay. If the condition persists, Psychiatrists may be called upon to do their job.
There are also several complains from banks that their clients have refused to service their loans, as a result, they have been served with notice of penalties.

TSC processed salaries for 40,000 teachers only; who they claim did not participate in the just concluded strike, implying that more than 180,000 teachers did not receive their pay.

Business Testimony in Uganda: I started Business of...

How I Made Millions from Selling Bricks

Best Companies to Invest for Shares in Kenya...

Business success stories in India: How I became...